With the weight of your car you should def be in the 9.50 range

so i'm back on it

so today both cams and cranks are going in

Well both cams are in

Yawn.............. At the rate this engine is going together you will be to old to pass the physical so you can race it! But that is ok because by that time I will have saved up for the A460 block with a set of Uncle Charlie specials and I will be spankin ya again!

Are you trying to say i'm too laidback or downrite lazy

Here Melvyn is this better :)

Wow this post started on June 22. Lets see that is one piston every two weeks!

I sure hope it runs faster then you work!

SOOOOOOOOOOOOO... are you gonna get it done in time for The Bash??? Driveway parking spot is still open for the night

i have today off so i'll be wrenching all day i just put a head on last nite and started degreeing the cam in and i'll finish that up this morning and get those heads bolted on for good. Our track opens this sunday for the 1st tnt that is if its nice out :roll:i'll be close to having it all put together by tonite maybe even done and tomorrow some time start setting it there :twisted:i think i'm gonna scare myself

i think i can forget about running 10.60's anymore 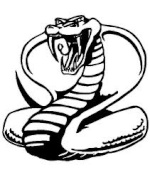 Its getting there the cams degreed in the intake centerline was 105 it came in at 104.5 so its good there and i checked lift at the retainer and got 636.5 intake and its a 637 lift cam so thats good and Lems right on with the pushrod length

i never buy pushrods without checking the length first but he's done enough of these combos he knew what i needed for the scj's using A460 rockers,i did try a set of crane energizers also i had on the old motor but the mark was way towards the exhaust side of the tip but the A460 rockers i tried left the mark in the middle plus the lift was right on:D so i ordered a new set of A460 rockers for mine plus 3 extra for the other motor from bf-evans yesterday plus some spring locaters.

I got the heads on my motor a few weeks ago and havent had a chance to finish it up yet , last week sucked for me

well that was dumb as rocks

because it killed my truck right away and we got a ride home from the dish washer anyway i towed it back to my house the next morning and started testing it and i finaly figured it was the fuel pump the fuses and relays were good and with 182000 miles on it (01 f150 5.4) i was sure it was the pump well i dropped the tank and put a new one in and that wasent it

so the next morning i was checkin fuses again one last time before i towed it to a shop monday, well i dropped a fuse and when i bent down to grab it by the drivers front tire i noticed the cone flipped up and cut my wireing harness on the outside of the frame in half

it cut 16 wires in half so i fixed them and all is good. Then the next nite i go out in the garage to finish my motor up and right off the bat i drop my only pair of glasses and they break in half now im really pissed. so to top it all off my wife tells me the computer went up and we lost everything

all my quick books for my business and all my daughters pictures since she was born 5 years ago plus all the other pictures from 03 when we got the new computer. So thank god my buddy has a friend thats a computer guru and he took out our hard drive and got 75 percent of the pictures back

the other 25% were gone because the dell jerks told my wife its all gone and thats it we just have to rewrite the computer well there wrong if your computer ever crashes take it to a guru and have them get the stuff outta of it. When you rewrite (put all your info back in like a new computer it writes over whats stuck in there and then it is gone forever) im on my buddys computer right now (can u tell i missed my computer

my truck works again and the jewler called and said they welded my glasses and we got a bad ass pc on the way so all is good again.

I know about darn time

I'm settin it in today

its been a while since old yeller had a heart,and on the bright side i passed my physical monday so now i can do the license runs.

Any dyno figure's yet?

It has a heart finaly

and some testing on sunday then license runs the following sunday

Let me know how the JB thing turns out. I forgot to tell you the story of how the cover broke around the bolt on our 78 cj5 and we were slapping fiberglass body filler and bondo on it to try to be able to cruise. This was the morning of the Woodward Cruise (BIG cruise, people come from Florida and Hawaii just for this). That was before we discovered JB Kwik

I watched that on tv before its a big cruise we have one here thats in a month then at the end of summer as well its called cruisin O.C. in Ocean City,MD. and its big theres some 7 second rides cruisin on the streets which is nutz and Rod Saboury brings some bad ass vettes down as well as other big name builders its kool.