He got a good deal on a built powerglide with good internals. Now this car is mostly street and with big tire with a 4.88 gear. Trying to talk him into 5.13 to 5.30 gear. I beleive more gear would help converter slip less as it just pushes right throught the converter to 6100 rpms off line and sets there for a couple seconds. Motor should be 700-750 hp with tons of torque. 4.30 stroke , 11.5 compression. 272 solid roller with a 110LSA. Can he make this Street strip deal work decent with a POWERGLIDE at this weight? Thinking he will needs a good converter around 4500-4800 stall. Think the 528 would have good torqure there and he wants to add nitrous later. I know he needs a high dollar T400 but he don't have the money. Been told the powerglide aint going to work right with the heavy car and the torque?? But can he get it close? runs 6.70s slipping most the time but once above 6100 it like a 100 shot was added lol. He want me to do a C4, but forget that lol. Might consider a C6 if can be done reasonable. He just won't spend the money lol.

I have a 2005 Mustang GT and put a glide in it with the supercharged mod motor it had before (trans specialties, 1.80 straight cut gears and originally the 300M input shaft which broke.  Changed to their Nasa shaft and haven't had a problem since).  That setup made great torque with the TVS supercharger and weighed in around 3700 with driver.  Switched to a 521 BBF carburated last winter and kept the glide and it's still been flawless.  Using a trans specialties Super 8 converter which is a 9" converter which stalls around 5100.  Car has been 9.69 and still weighs around 3700 with driver.

28" tall micket thompson pro bracket radials that hook on just about anything, 4.10 gears and I usually keep the engine restricted to run 10.0 range going through the finish line just shy of 7k rpms.  Running 9.69 it goes through around 7300 rpms. 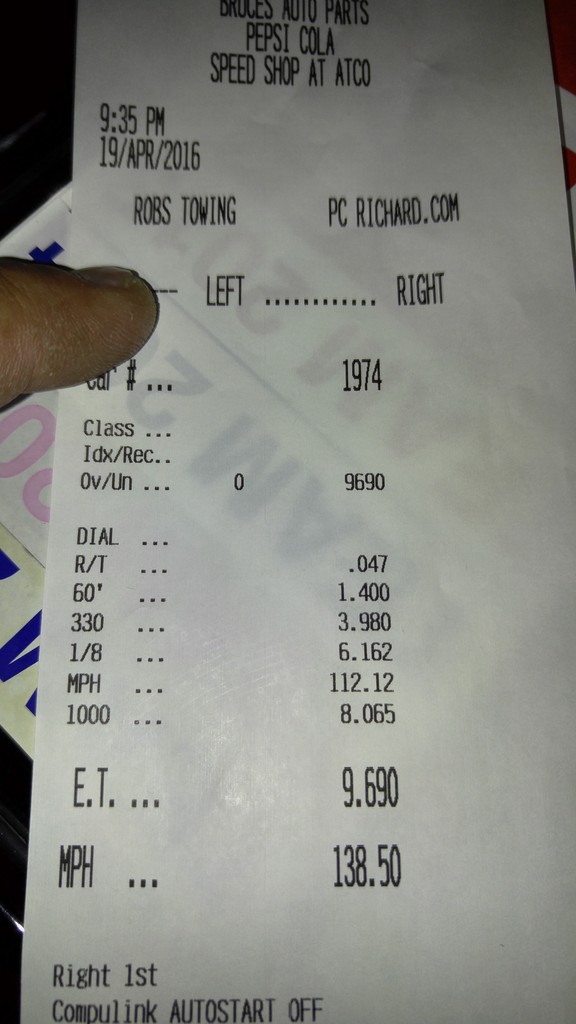 I figure he can hit those goals, and the good parts inside that glide are critical....but with a BBF and a car that porky, I'd be leery of a stock case if that's what he has. The best internals won't keep a stocker from twisting and cracking. The crack will probably show itself the way most of ours did....At the starting line, when on the t-brake it'll piss fluid on the track. Most of the guys I race with use JW's cases now....pretty heavy but you're not likely to hurt one, either. Plenty of choices...Reid, Dedenbear, etc.

I guess that all depends on the chassis and engine mounting. We did my engine using front and mid motor plates and a polyurethane tail mount for the trans. I have a stock case for my glide and it's got probably 700 passes on it at this point in my car. The s197 mustang chassis is very stiff so I'm sure that also helps prevent any flex that would hurt the stock case.

Car should go 6.40s easy from the way it felt. Converter should not go to 6100rpms off line and just stay there most of time lol. He doesnt even have a Idea whats in it as a converter .Pulled really hard above that RPM and pulled weakest after launch and shift. It has some Junk Procomp heads on it that been ported to a OK:roll: . Car feels like tranny is slipping but does shift Hard. Owner made one pass after I made three. He was kinda scared of it. I stood it almost straight up then the FUN was over lol. Have to do some HP to 1/8 ET with that weight and atleast 700hp to get a Idea. But I KNOW the car wasnt pulling right ,below 6100 rpms

Glad to hear BBFs and a Glide will work OK with that weight and torque.  Sound like gear won't be that bad with a real converter,thanks dyson! 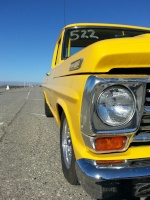 dysan wrote:I guess that all depends on the chassis and engine mounting.  We did my engine using front and mid motor plates and a polyurethane tail mount for the trans.  I have a stock case for my glide and it's got probably 700 passes on it at this point in my car.  The s197 mustang chassis is very stiff so I'm sure that also helps prevent any flex that would hurt the stock case.

Correct mounting is definitely important and certainly helps. But a 750 hp. BBF launching a 3700 lb. car is GOING to crack a stock pg case....maybe not this week, maybe not this season....but it's gonna happen. NONE of our JW's cases (and our group is racing several of them.) have ever developed a crack since the first one went into service in 2002. I do, however, have a pile of cracked stockers that are useful as sales tools.

So Dirt Worker What size converter u running? I think he be best off with a 9 inch with around 4800 stall. Can't tell what HP it makes just pushes through converter and then the torque multiplication quits a bit off the line. I told him yrs. ago it would do 660s with his combo, all stock interior plus Roll bar, I hate the stock seats. He's 6.2 and right at 300 lbs. Only took him two yrs to take to track lol.

I changed gears and had it tightened up when I added the nitrous plate. Now on motor it goes 4800 and 60's around 1.48. (Ive actually went just as fast w the tighter nitrous convertor and gears as I did w the na setup)
On the spray it goes 6000+

I would recommend it looser then 4800 if he wasnt going to spray it. Heck this sloppy azz converter is plenty streetable and it doesnt even hold the torque. I talked to a ATI and they said he needed to change the tranny