Many of you know me, but for the new guys and the ones I haven't met, an introduction is in order.

I'm David Cole. I'm 44 and live in ne Alabama, near Gadsden with my wife of 18 yrs. I work as an Engineer for BNSF Railway out of Birmingham.
My current BBF ride is an '07 American Racecars dragster. It's a 240" wheelbase swingarm car with a monoshock rear suspension. Power is a 588ci BBF with alky injection. The engine has some good parts that came from several of the vendors on this site. It's based on an A460 block with Trick Flow A460 heads with a new style single 4V intake.

I had the car at this years BBF bash and many of you saw me fighting problems. The new engine was overpowering the suspension and I had a tire shake issue. That problem is now solved (sent monoshock in for a recalibration) Best so far of 4.72 @ 146 at 2050 lbs. That's leaving at a soft 4K rpm due to summer track conditions in Alabama. With some better track conditions this fall I'm sure it will run 4.60's. I think that's pretty decent for a single 4V NA combo.

I look foward to meetign more of you guys. There's not a better group of people anywhere.

A couple of pics: 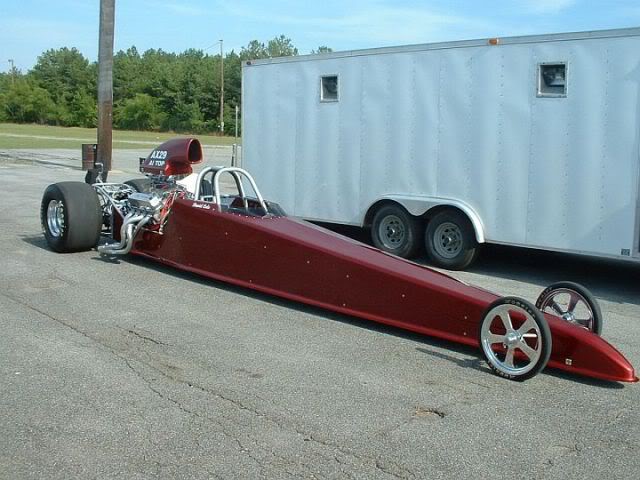 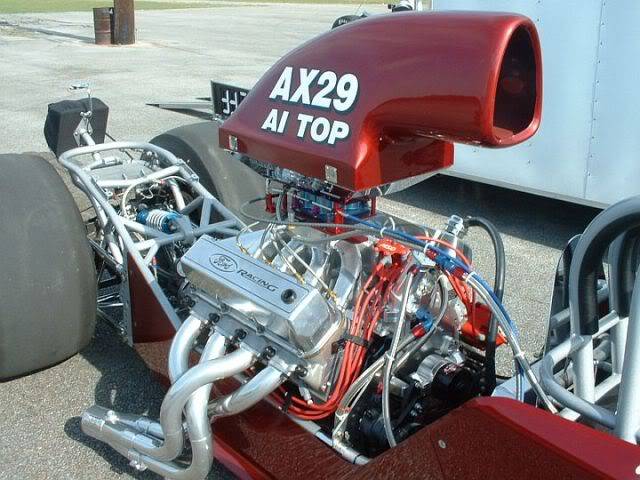 David welcome to the site ..guys the pics dont do that dragster any justice ---its a beautiful piece

Glad you are here, David. Welcome.