I thought I'd move my truck thread over here, since it's more of a build than a discussion. I'll start at the top to catch some of you up.
I did some reaserch (but not nearly enough) on the FTE forum on doing a Crown Vic swap to the F-Series trucks. I looked around and found this fine unit, which was "given" to me, so I thought, why not give it a go.

After getting everything laid out, I started on the disassembly of the stock truck suspension. And, almost 340# later, I came up with this pile of rubble.

And last weekend, after finding out the Crown Vic swap just won't work for my app. due to lack of aftermarket brake components that will allow me to use a skinny front runner, it ended up in this state.

Monday or Tueday I can't remember which, I put these little dandy's together.

After not being able to work on it the rest of the week, I hit it this afternoon and ended up here.

About 5:00 this evening, my brother Dan showed up and we swapped in-n-out welding everything in.

And at 7:30 this evening, we ended up at this point. With the new front end (originally plan "A" I mentioned in my other post) jacked into place for mock up of the mounting location(s). I'm going to use all aftermarket parts for the final assembly.

Well, that's it in a nutshell for now. It'll probably be near the end of the week or next weekend before I can get at it again, but I'll keep you guys posted on what's going on.

Looking good Doug. It is a foxbody front end now the cat is out i can take the zipper off my mouth 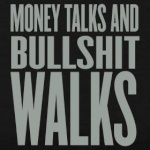 Thanks guys. You're right there Dave. From here on out, no matter what, there's no lookin' back now.

Here's a few more pics of how the 2x3 frame was installed:
Here, I cut the side of the frame and moved the bottom of the frame rail up to the 2x3 and it was then welded in place to help give it a cleaner look and add a litte strength.

These 4 pics show where we welded it on the outside of the frame rails. I actually split the 2x3 and slid it "over" the original frame to get the frame center width I needed to do the Foxbody K-Member. Plus, I figured it would give me more surface area to weld to.

And here's the K-Member sitting in place so I can get the strut angles laid out.

This K-Member is being used for mock up only. Like I stated earlier, the finished product will have a tubular K-Member, along with other aftermarket components.
Should look very nice when it's done.

how much weight you figure to loose?

Well, with all of the factory fodder I cut off, there was (IIRC) around 320-340 lbs. of scrap iron lying on the ground. And, if we figured correctly, by the time I get all of the aftermarket stuff on it, it should still be a couple hundred pounds lighter in the front end alone. And that's where it really needs the weight loss.

I didnt find that email but i sent you a pm with that bracket. Looking good

Getting things mocked up for my strut mounts and ride height.
I have the K-Member in place, and tack welded it so it doesn't move. From here, I can start getting the strut angles, and ride height settings in place.

Plan B comes through again.

That Northwest Outlaw guy has been keeping a low profile!!! Good to hear from you again!!

Looking good Doug. You've done something pretty ingenious right there... If I just had some welding skills I'd be a little more willing to do stuff like that.

Have you figured out where the upper strut mount will actually be? Will it be at that forward cage bar? Or somewhere below it dues to that factory style strut being topped out, so to say?

jbozzelle wrote:Looking good Doug. You've done something pretty ingenious right there... If I just had some welding skills I'd be a little more willing to do stuff like that.

Have you figured out where the upper strut mount will actually be? Will it be at that forward cage bar? Or somewhere below it dues to that factory style strut being topped out, so to say?

Thanks John. Yes, the struts will be mounted just like you see them in the pics. Only a little more solid.

I have them set at the factory angles. Right now, I'm working on fabbing up the brackets. they should be done in the next few days I hope. The struts are set at half stroke, so as to simulate weight being on the frontend. This way, I should be able to get my ride height pretty close as well. More to come soon.

Nah, I haven't had much time to do anything on it this week. I'm hoping to be able to get at it sometime next week. It needs to get done too, I plan on it being ready for our Memorial Day parade at the end of next month.

gotta love changing plans and ripping it all down, then putting a deadline on it! looks great, i'm sure you get it done and it will squat them rear tires better than ever- hey now you can eat whatever you want you have a couple hundred pounds you can put on and not affect your times

Keep us posted Doug. I'm excited about this. Looks like it'll be nice once it has all of the tube front suspension on it.

70bbftorino wrote: hey now you can eat whatever you want you have a couple hundred pounds you can put on and not affect your times

Lotsa new parts on order. Stand by to stand by, this may be maybe.

Wish I could see pic's at work! I'll have to check this out!

Ps. Doug I am on a weight loss also! Started at 340 and now i'm down to 310 trying to loss some weight for my truck also!

Good luck on your personal diet Josh. As for your truck, if it's not going to be a driver, there's a LOT you can take off.