KY JELLY wrote:I think Charlie , Lem, Phillip, Jet Boat Bob , Laws , and I am even going to add Blake to this list all deserve a pat on the back for making this happen. They have all spent time, money , etc on welding ,porting , tuning, designing cams and time and money on the dyno with different engine and head combination's.

I don't care what anybody says when you can get 890-950+ hp out of a naturally aspirated conventional headed engine you have done something. I don't think everyone appreciates what an accomplishment that is in its self.

I think I am going to work on a 2x4 manifold like this single plane so we can build more power..... I think this type of manifold should handle 2x4's very well...... 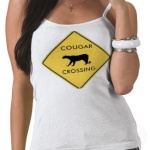 Well hopefully I'm #7 on the list. I still can't get anyone to tell me when when we can get our hands on them. My motor is out and ready to go to the Woody's, and I REALLY, REALLY, REALLY, want to get one of these to put on the 470 if they're gonna generate 15hp over a ported Victor.

Thanx for the pics Bruno! I guess I need to throw my Kasse SCJ's and Victor in the trash! Cause I want this intake and matching heads!

'65 T-BOLT wrote:I guess I need to throw my Kasse SCJ's and Victor in the trash! Cause I want this intake and matching heads!

Maybe someone needs to tell the powers that be @ TFS to have a look at this thread! Perhaps they'll get their butt in gear.

Maybe someone needs to tell the powers that be @ TFS to have a look at this thread! Perhaps they'll get their butt in gear.

Blake, I think the

Up to 1,429 hits this morning. I'll forward this to the TFS contact I've been talking to...

So here's the real question; what made the Victor so good to begin with? Why was it so difficult to beat? What was really right in that design?

DaveMcLain wrote:So here's the real question; what made the Victor so good to begin with? Why was it so difficult to beat? What was really right in that design?

Wasn't it the only game in town as far as single plane deals go before the TFS came out?

Charlie, Do you have the heighth measurement from the china wall surface(bottom) to the carburetor flange(top), or overall bottom to top?

I did,,,,but then I left the prototype manifold with TFS, for them to cut up and digitize. If memory serves me correctly, the carb pad is one full inch higher than the Victor, maybe just a little over like 1.100" or so.

In regards to your question, as far as single plane manifolds go, prior to the Victor the best we had were the Torguer II and the Offy manifold. I know the Offy dates back to the very early seventies, so it's like a 40 year old design. As for the Torquer II, I don't know how old it is, but Randy Malik can tell us, if he'll see's this.

As for the Victor, we all have to remember that it is one casting and only one casting, for both the 4150 square bore carbs and the 4500 Dommy carbs. The only difference is the way Edelbrock machines the carb pad. As a result, their (Edelbrock's) plenum design had to be a compromise IMO, in order for the one casting to be ambidextrous. (As a side note, we have converted many 4150 manifolds to 4500 manifolds by putting them up in the Bridgeport and boring them out.)

When TFS first brought out the Track Heat/Street 4150 manifold a few years ago, they first showed it at Beech Bend and I remember Damon and I talking to Ron and telling him that we all wanted a Dommy flange manifold. He responded, that it would require another dedicated casting for the plenum to be "proper" and we told him to go ahead and build it. So here we are about 3 or 4 years later and they are making us what we wanted,,, (with a little prodding from Lem, Blake and myself). I think TFS is to be commended for investing the money in another dedicated casting for us Ford guys. They will be making a total of four intake manifolds for us 429-460 Ford guys and there ain't no other company that does that for us.

Dave, what we have learned in the recent years, is that turn, from the carb pad into the top of the runners, needs to be gradual and smooth. This turn needs to be as gentle as the short side radius from the port floor to the valve seat. You do not want it to be any tighter than your short side radius, if so, then it becomes a limiting factor to the airflow. This concept is shown is the funnel web manifold, also in the Hitman and the Sniper manifolds.

That is a really nice looking entrance too and should work nicely without a spacer. But, I think they need to offer two or three thickness of spacers for those looking to try spacers that will carry the same shape or make the transition from the Dominator to that pad. Oh well, it's not really a big deal to make one that will work. I was just kind of thinking out loud.

Thanks Charlie for the additional info.

I have a novice question, what is the casting for on the back of the drivers side? The two pillars? Thanks for posting on another upgrade for the 385 family.

I think that is so you can put cruise control on ! LOL !

77f150 wrote:I have a novice question, what is the casting for on the back of the drivers side? The two pillars? Thanks for posting on another upgrade for the 385 family.

That is for the original throttle bracket... I really don't know why all of the manufacturers keep leaving them on all of the intakes.

Thanks Bret! Looking at the intake it would make it so much cleaner without it but there must be a good number of people still using them.

I agree... it would look a lot nicer without the tower pads. Honestly I doubt there are that many people that "need" them. Probably many like myself that use some of it because it's their. I removed one from my Victor and use the other for a throttle spring stud. Also removed the injector bosses from my Victor. Imagine how nice that intake would look though, without the pads and the injector bosses. It would be very SHARP!

John, for some reason... I really like the looks of the Ford on your avatar.

so when the intake lands in some of yalls racing programs ..how much work are yall going to do to them ..... are they a run out the box deal or did they leave enough meat in the runners to do more porting ?? or would it even be necessary ?

Thanks Bret. I'll never approach the hp or knowledge level of most on this board but every time I get in that truck I can't stop grinning.