Hi,
Just joined and I am looking forward to learning from others and maybe sharing a little something that I know.
In my late teens and 20's I raced a SBF 1966 mustang coupe. .060 over 302 - 69 351W heads - CR toploader - 3000 Zoom - 4.30 gear
I learned a lot during those years(77-85), but times have certainly changed.
A lot of fun and the mustang was one of the faster cars roaming the streets in my area.
Of course life happens, wife and kids, sold the car, and drove a vulcan V6 Taurus.
Now I am ready to resume my "need for speed" by restoring and upgrading a 1971 Torino 500. My wife is fully supportive ( in shock)lol
I rescued from the desert near Carson City, NV. for 1500. The car will be a weekend cruiser locally and occasional trip to the track.
Currently a 302 - C4 car, I plan on building a 500-550 HP 460 along with a C6 to give the car some added punch with more HP to come later. I currently have a DIVE 460 block with D3VE heads...a smog motor. The C6 is a 1974. I also have short shaft toploader and new comp plus shifter that I picked up years ago. Initially I will go with the C6 mated to the 460, but long term I would like the toploader in there.
The 460 will get a bottom end rebuild and some C8, C9, or DO heads once I locate them. Checking Craigslist in my area constantly. From what I have learned, they will need port work and upgraded valves, seats, springs, studs, etc. Cam wise I am looking at 280/580 but not settled on one yet.
Later on I want the Boss 9 heads package from Kaase.
Nothing like the song of BBF at high RPM's.
The car itself has some rust around the rear wheel wells but nothing that cannot be fixed with patches. The rest of the car is rust free. Front bushings and PSteering look markedly preserved for a car that is 45 years old.The glass, and plastic in good shape. It has an aftermarket under dash AC that operates, but isn't blowing cold.
The interior is toasted however, but that is OK because I was going to replace it anyway.
I will put up a couple pictures later. Starting from scratch.
The brown/tan/Vinyl roof will be gone, and I am going to the 70 Torino style grill. New colors will be Red exterior, and black with red highlight interior.
I hope to have the car finished in 8 months.
A lot to be done, but this is something that I enjoy.
Thanks for reading.
Kevin

Welcome aboard. This a great site with great people, the BBF knowledge is limitless. Looking forward to seeing your build as it progresses

Welcome!!...always good to have another Big Block Torino

Thanks BBF! I love this site. Hopefully I can avoid some costly mistakes by learning from the members here.
70-71 Torino was a very cool and sometimes under appreciated offering from Ford. Fords answer to the LS6 Chebbelle. LOL
I found my Torino 500 after the owners put it up on Craigslist. $1500 with very little rust (around rear wheel chrome molding)and just a couple of small door dents. Door & Trunk/Hood spacing is very good. Body is straight. Ugly brown/tan. The seats and dash pad are fried, but I am planning on replacing them anyways. Factory AC runs but not cool. Not sure if the compressor would endure 6K rpms though..lol
The only piece that I am concerned about is the front grill. I would like to change it to the 1970 version with the horizontal bar between the headlights. Can you suggest a supplier?
Kevin

If you have not found it already, check out www.TorinoCobra.net

Checked it out today. Thanks. 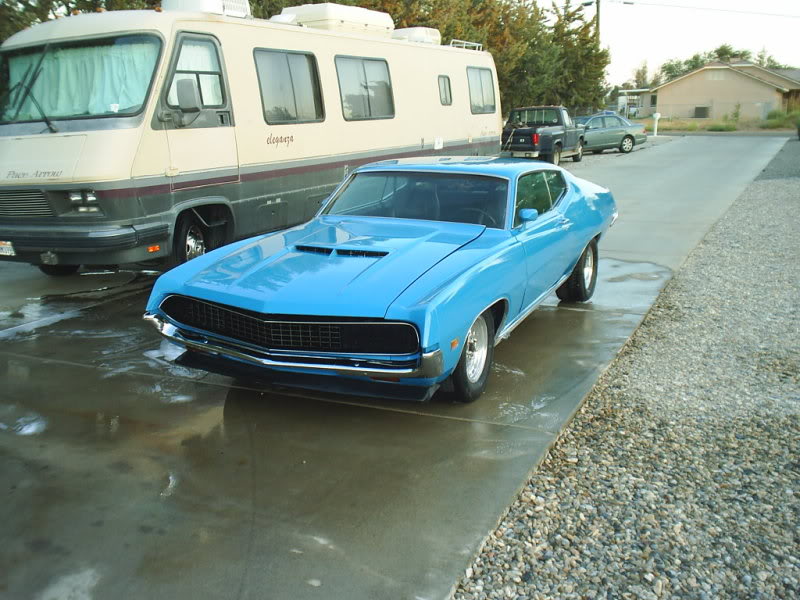 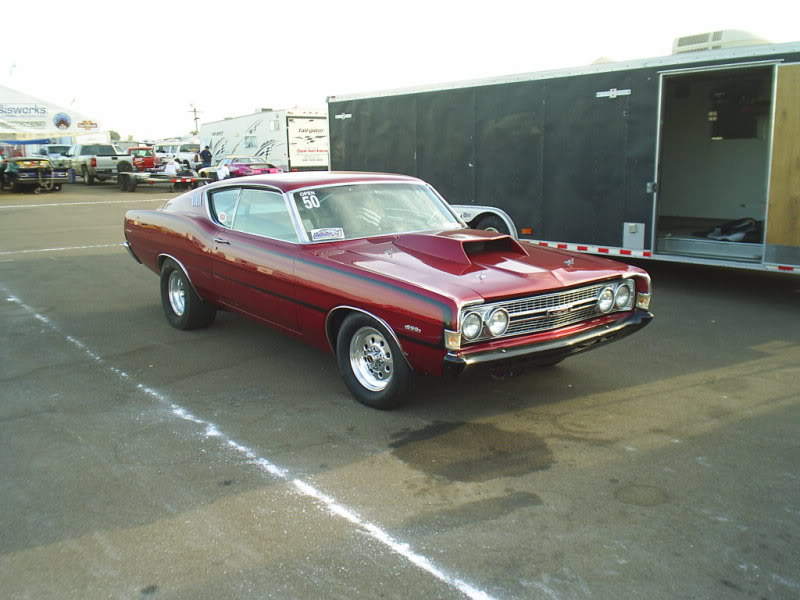 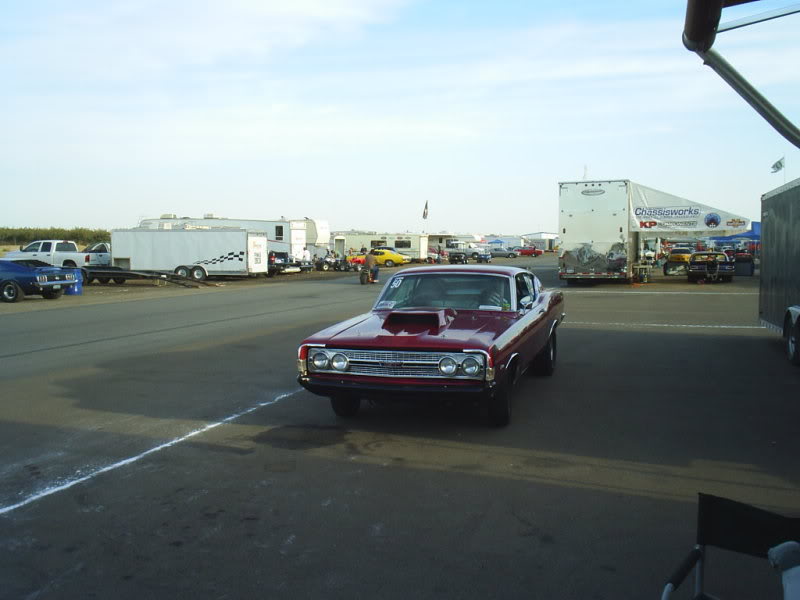 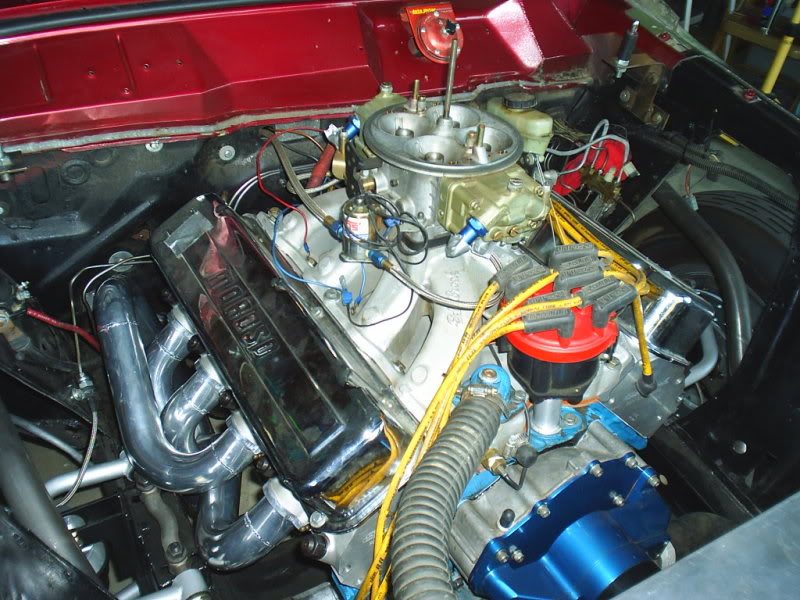 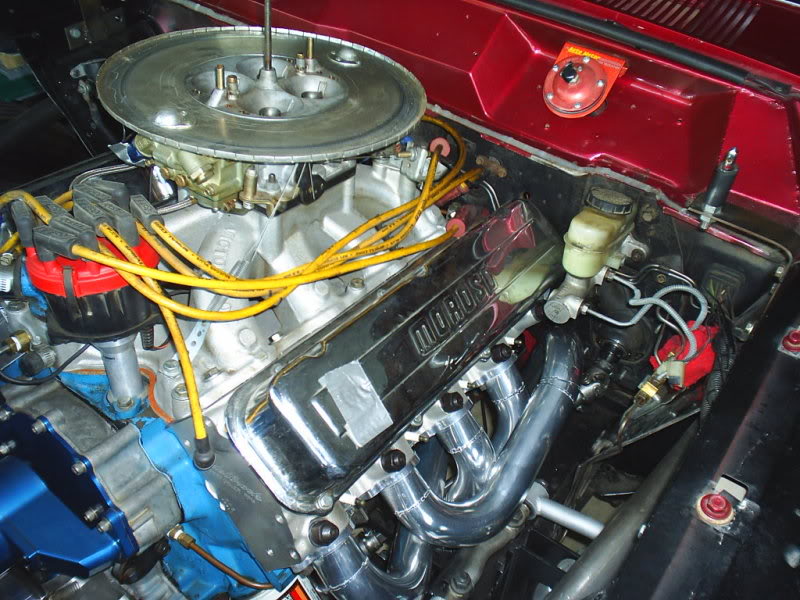 Very nice. Both cars look show quality.
Did you install a roll cage on the 68? The motor I am planning for my 71 should put me into the low 10s.
What safety will I need to build into the car to race it. Roll bar, racibg seat?
What happened to the BB motor?

Yes, it has a roll cage and subframe connectors.
Per the NHRA requirements, for a car that will go "only" 10.00, you will need a roll cage that features the main hoop with a crossbar, two down bars in rear, two down bars in front, and two stabilizer bars from the main hoop, down to the floor.
A racing specific seat is not mandatory, but a 5 point harness / restraint system is. 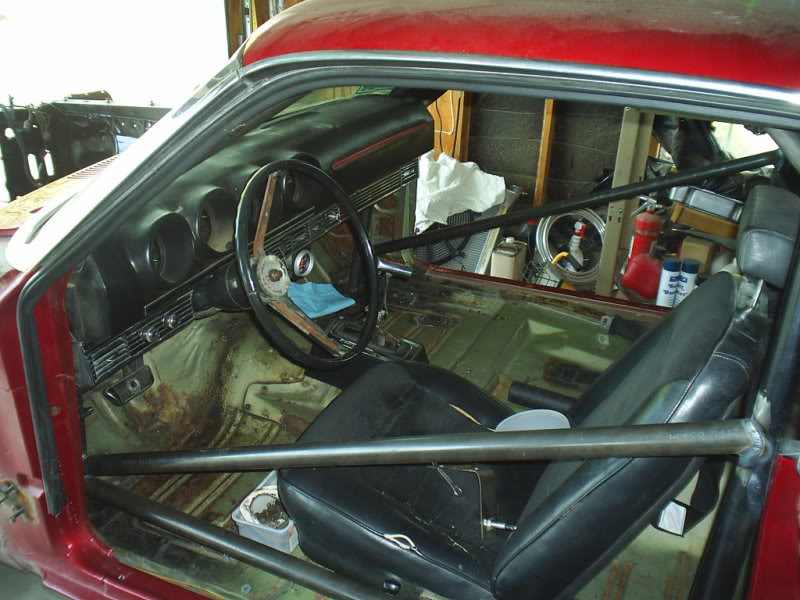 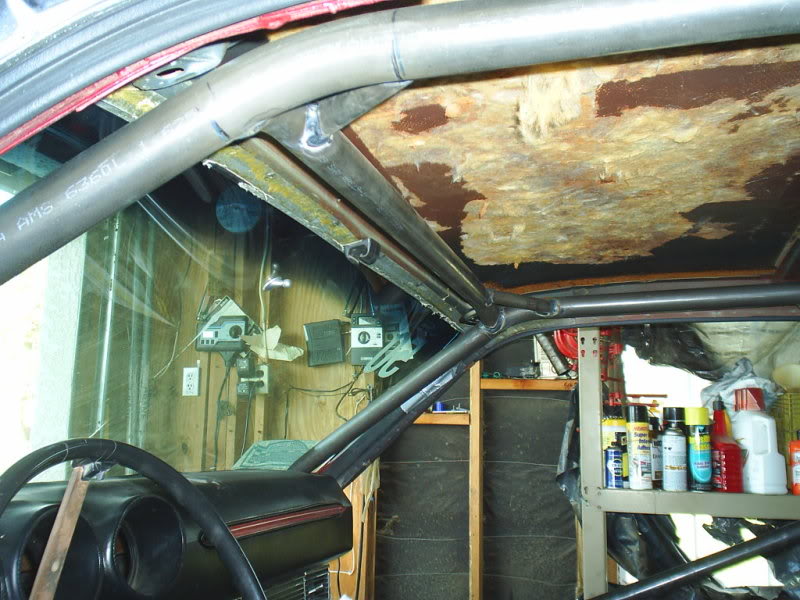 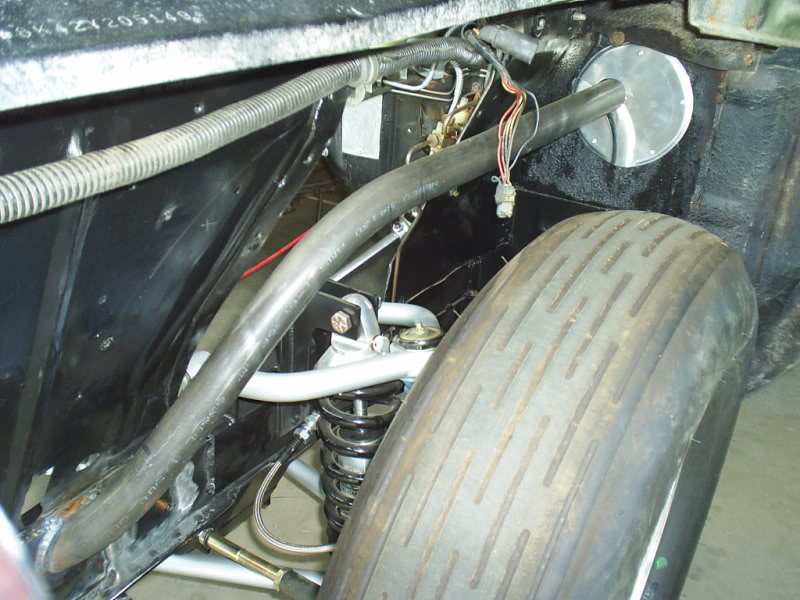 Lol, I can barely fit into the Torino as it is.
At 6'4" 300, I may have to hinge the diagonal like an amusement park ride gate. Haha
I ran a few passes at Morosso in West Palm Beach in my 66 stang 35 years ago, and that is the limit of my racing experience. It was a low 13 car so all I needed was a helmet.
The reason I was asking is that I want a finished interior in the Torino and the sheet metal and tubing should be fitted first in my thinking.
Basically a 1/4 mile car that can cruise the Reno strip.
I doubt that I will do any serious racing, but I do I want to be safe and legal.
Regarding heads, P51 or TF?

You may have seen me cruising Reno / Sparks area in my blue 71 in recent years at Hot August Nights!!

They are better than stock. Rihht now I am leaning towards the P51 heads and a bigger crank.
I probably saw your Torino, just cant remember with all the cars. You live in Reno or nearby?
Today I was draining the gas tank, and cleaning up the 302 and engine compartment in my sled. I want to get it running well because I have a buyer interestrd in the 302/c4.
I am looking for apholstery shops to fet some estinates on the seats.
The interior will be first order of business. I am getting the 460 block magnafluxed at Nastys machine shop soon as well.

Forgive the dumb question, how do I attach pics?
I will start a thread about my car and the progress.

71torino460 wrote:They are better than stock. Rihht now I am leaning towards the P51 heads and a bigger crank.
I probably saw your Torino, just cant remember with all the cars. You live in Reno or nearby?
Today I was draining the gas tank, and cleaning up the 302  and engine compartment in my sled. I want to get it running well because I have a buyer interestrd in the 302/c4.
I am looking for apholstery shops to fet some estinates on the seats.
The interior will be first order of business. I am getting the 460 block magnafluxed at Nastys machine shop soon as well.

I live in So. Cal.
You would be wise to do the subframe connectors and rollcage before getting the interior done....at least have a rollcage tacked in and/or fitted, then remove, get interior done, and re-install.

I use Photobucket to host the pics.

The heads I stumbled across, who could pass up complete C8VE heads for 200.00?

I will give them to Nasty's machine shop for an over haul and port and polish and go with a moderate .540 lift cam for starters.

The CR toploader install is looking more like a possibility over the C6. That is a 40HP gain, but it will require a flywheel, bell housing, and aftermarket clutch pedal expense. Worth it.

From what I have read, I can use the 351M-400 bell housing but I will likely go with a better looking and safer after market bell.


I bought a new battery and the 302 runs great, although the C4 is leaking trans fluid. As long as the car can be driven/moved around my shop is fine for now.


Repair patch panels for the rear quarters are rare to say the least. No one makes them that I have found. Anyone have a connection?

Worst case scenario I will have some patch pieces made at a metal shop, plus lead fill and filler.
Luckily, the rest of the car has no rust through, just a little bit of surface rust here and there.


Power washed the engine compartment and under carriage, looks much better and cleaner to work on.


Next week start removing the interior, deep cleaning, getting prices for the custom upholstery, and carpet. I am also looking for some bucket seats to replace the front bench.

Soon as it starts to look improved I will put up some pictures. Not enough time in the day with job and family.