Hello,
My name is John G. I used to own a 68 Fairlane Fastback back in the 90's that I was running a Boss 351C. It was an awesome car and was a blast to drive. Unfortunately the car was hit by a Dodge truck and totaled. Following the insurance settlement, I bought a 71 Torino GT roller that I was going to transplant my driveline into, however before I got it on the road I had to sell the car and all my parts stash due to hard times. I am getting back into the Ford scene again from scratch. I was looking on craigslist this summer and I found the same exact 71 Torino GT M code car I used to own and bought it back. Greg P was the owner of the car when I bought it back, so I have met an awesome Torino brother in the process. The car is pretty solid, however it has been passed around as a parts car for the last 10 years keeping the Torino brotherhood rolling. Greg worked a good deal for me on a nice parts stash providing most of the parts needed. I am currently refurbing the front end and will then rebuild the brake system next, then have a new front clip to put on it. I plan on building out a BBF Stroker and raising some hell. My wife and I just adopted a newborn, so that has slowed down my Ford project temporarilly but I am chipping away at it as time and money allows. Wish me luck, I am really looking forward to geting this Torino on the road and laying down some serious rubber on the pavement. 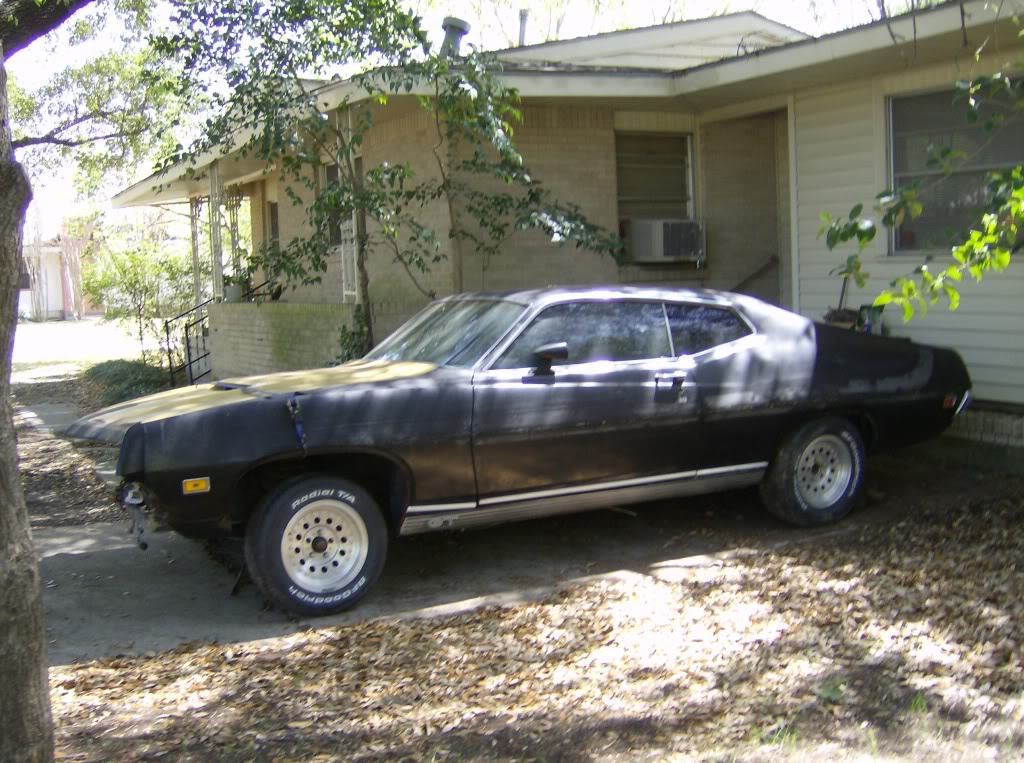 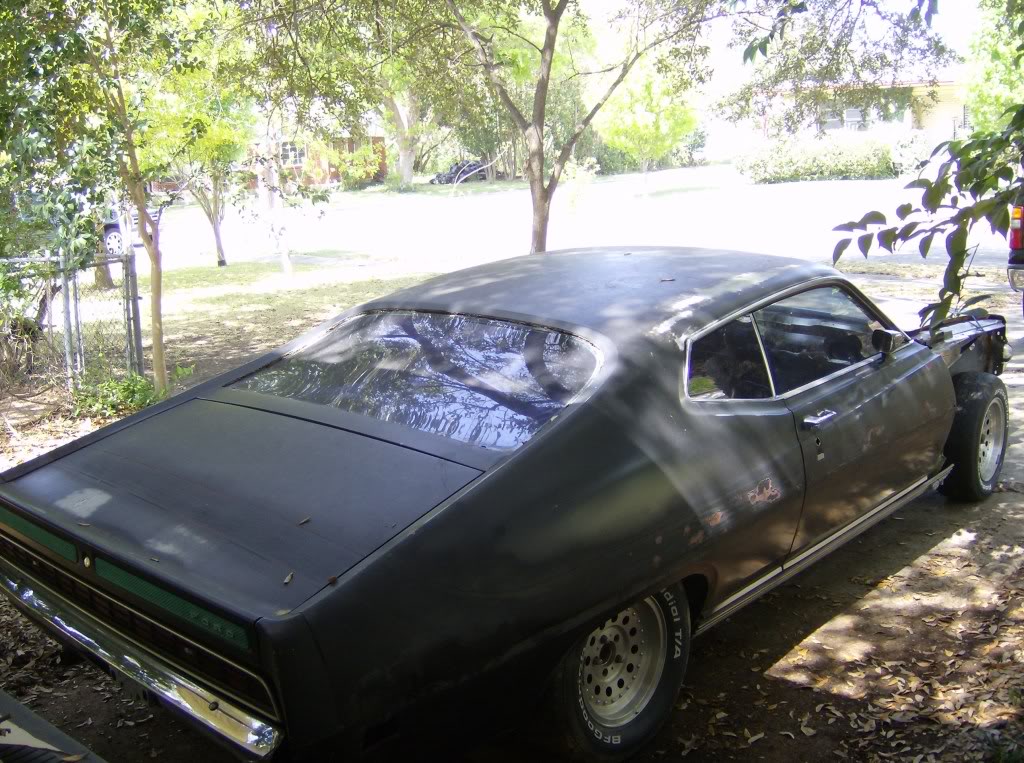 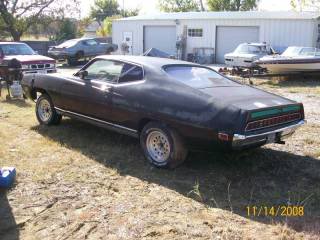 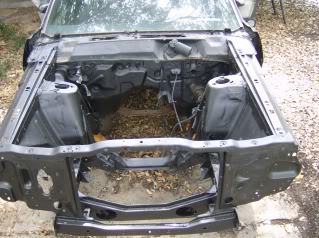 MAY THE FORD BE WITH YOU!

congrats on the kid, and the car- haha looks like a pretty solid roller u got to start with

Welcome to the site John

welcome to the site

That looks like a solid car,keep taking progress pictures and post them on here for us to see.

Glad you made it John.

It's good to see you over here, bro! That Torino's never been in better hands, and I look forward to seeing the progress as you bring the car back to life.

I am officially a new member of the Ford Big Block Club! 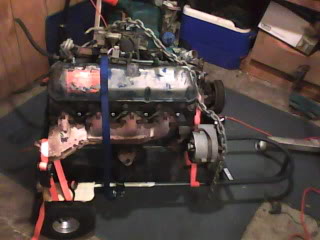 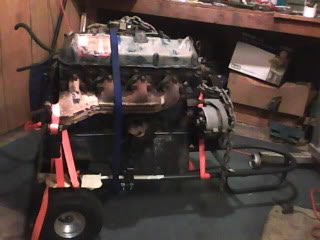 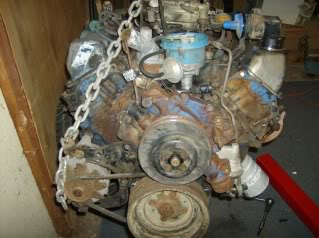 I picked up a used 1979 460 with the D9TE block -w- c6 today. Man, it's frigging heavy! My 20x20 workshop does not have a garage door yet, so I had to offload it in the side yard out of the truck, and then put the 460 on a 2 wheel dolly, used ratcheting rie downs to secure it to the dolly and babied it into the shop like it was a sled. It was not very easy to do single handedly, but luckily it did not crash and burn and everything went well. It was definitly a death defying experience. I am going to start buying everything I need to make it a stroker motor and tear it down and get the block ready to take to the machine shop. I also bought all of my front end steering/suspension rebuild parts this week too and will start hanging those on the car once they arrive

Greg hooked me up with a low mile stock 460 in a lot better shape than the turd I picked up originally. Compression is in great shape and the bearings look like new. Getting close to being ready to drop it in. Installed a straight up timing chain, new oil pump, victor intake and holley 9380, other than that, its just a turd smog motor. Got the front end steering/suspension/brakes done. The plan is to get things setup with the big block and get the car on the road, and then start saving for a stroker setup. 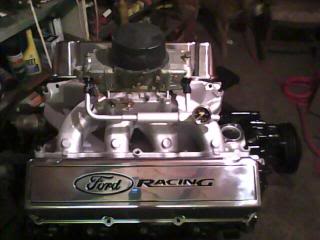 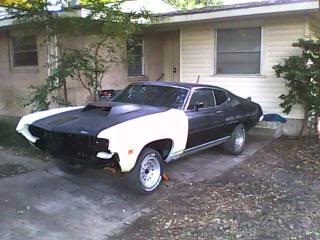 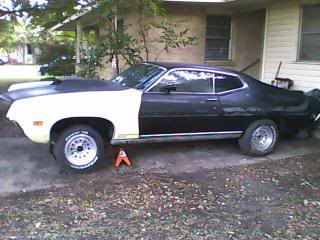 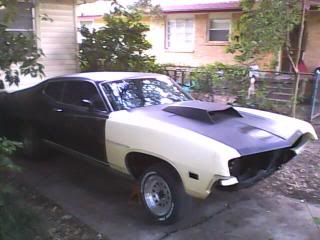 welcome to the site John! nice piece of canvas to start with.

Good Luck, nice car, and congrats on your new baby! Welcome to the site.

Check it out...Did a test drive Friday. Should be on the road soon. 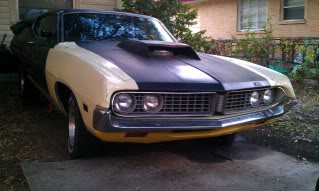 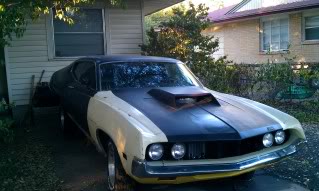 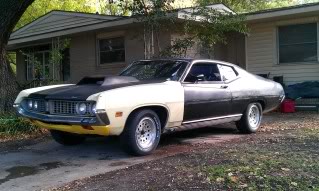